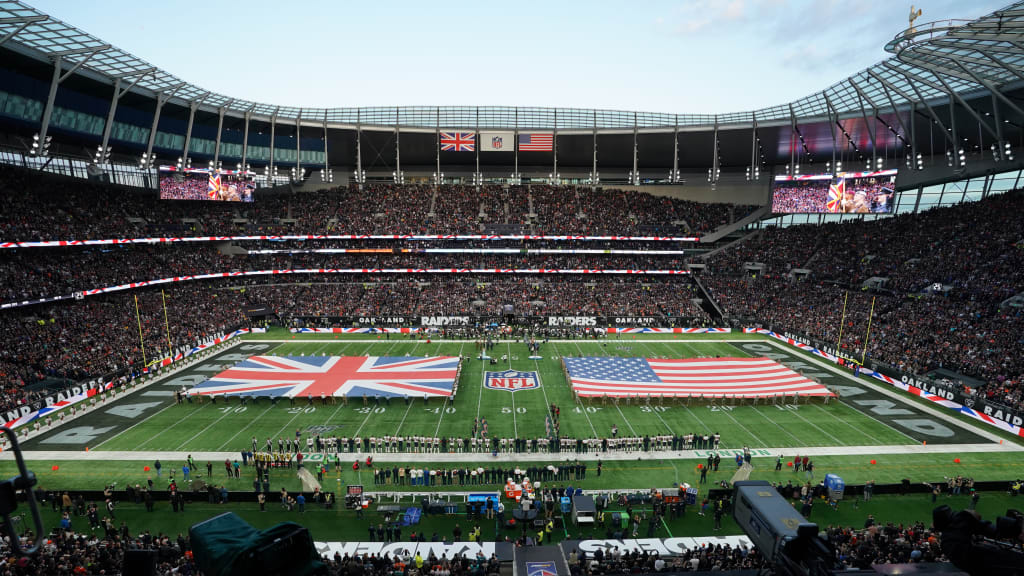 The 2022 London Games series will feature two games at Tottenham Hotspur Stadium, including the first international game played by the Green Bay Packers, and the return of the Jacksonville Jaguars to Wembley Stadium.

Premier Events are pleased to offer VIP packages and Premium Tickets for the NFL London Games.

The NFL is heading back to London for three games in 2022! @NFLUK pic.twitter.com/dB0zRjtePN

The NFL's international series for 2022 will kick off with games on back-to-back weekends at Tottenham Hotspur Stadium in London.

The New Orleans Saints and Minnesota Vikings will each play in the UK for the third time, both teams having won on two previous occasions. They will make their debuts at Tottenham Hotspur Stadium on Sunday, October 2.

The following Sunday, October 9, the Green Bay Packers, NFC North champions for the third consecutive year, will face the New York Giants in their first international trip, becoming the 32nd NFL team to play in London since 2007. The Giants will play in the UK for the third time, having won the inaugural London game at Wembley Stadium in 2007 and also the first game played at Twickenham Stadium in 2016. This will be their first game at Tottenham Hotspur Stadium.

London action shifts to Wembley Stadium on Sunday, October 30, when the Jacksonville Jaguars, who played at Tottenham Hotspur last season, return to Wembley for the first time since 2019, having played there for seven straight seasons. They will face the Denver Broncos, who are making their first trip to the UK since they played at Wembley in 2010.

Still haven't found what you're looking for? Our Sales Team will be pleased to help - Call 020 7283 4040 or email hello@premierevents.co.uk and we'll get straight back to you!